Highlights of the auction included a work by Emily Kame Kngwarreye lot 119 that realised $12,200 IBP and a rather unusual group of spearheads  lot 26 that after strong bidding realised $2,684 IBP. The steady march toward more “digital” auctions was also clear with the greatest number of live online bidders recorded for any art auction. Entries are now being invited for our next boutique aboriginal art auction scheduled for 2013.

OTHER NOTES
Accompanied by a certificate of authenticity from Utopia Art, Alice Springs

3. What is different about valuing tribal works of art for auction?

While aesthetics play a role in both fine art and tribal art, the identity of the creator is usually unknown for artefacts. Therefore period and date become major determinants of value along with anthropological aspects, as well as the cultural context /significance and ceremonial purposes of an object.

4 How significant is provenance and the history of a piece when it comes to tribal artefacts?
The pedigree of an artefact cetainly has a clear ability to elevate it above its unprovenanced counterparts, thereby increasing its collectabality and value exponentially /accordingly. An object once belonging to a prominent collector, say Norman Rockefeller, by default maintains a strong link to and embodies the context and weight of the once complete Rockefeller collection. A different kind, but no less relevant, imprimatur is invoked by a single, identifiable provenance – the PNG pigment bowls and dance ornament in our March sale carried the provenance of Capt Edgar Johnston and were important not due to notions of fame, but his presence in the region on the cusp of foreign involvement, underscored by his key task of surveying the country for landing strips. This project facilitated the opening up of PNG to the wider world and inevitably led to significant cultural changes, whereby objects such as carved pigment bowls of such quality ceased to be made.

Australian artefacts find their way to our shores?
Variously. Using PNG as an example of trade between Papua New Guinean and Aboriginal peoples; from the 1960s “Missionary” galleries in major cities that sourced artefacts directly from the field and within the local community they were serving; commercial galleries and dealers exporting to Australia and ex-pats and Australian citizens bringing the objects with them following time living or travelling abroad.

6. What indigenous artefacts cannot be traded and why?
Objects that are encoded with very sacred and secret information. For example Aboriginal stone and wooden tjuringas are highly culturally sensitive objects that should not be handled by unititiated males and furthermore should not be viewed by women. They carry sacred songs, stories and ceremonies and the spirit of the ancestors (who are thought to have made the tjuringas) and are considered to possess powerful magical properties.

7. If one were looking to collect tribal artefacts at this point in time where would you recommend that they look?
Leonard Joel of course! Casting the net wider, I would recommend specialist dealers and other auction rooms offering tribal art. Educating oneself through museums, discussions with tribal specialists, attending auctions and exhibitions and exposure to relevant literature is always an advisable strategy.

8. Does tribal art experience the same sort of nation-centric collecting that say art does? For example, Australian art tends to be solely collected by Australians.
No, tribal collectors have a very international outlook. They cross all borders in the search for special artefacts. Some of the most ardent collectors of Aboriginal artefacts come from Belgium, France, Germany, the Netherlands and the United States.

9. When did people begin collecting tribal artefacts and art?
Throughout the millenium – it is an age-old compulsion! Whenever a race or country explored new territories or invaded foreign lands their artefacts and art were pillaged and acquired – just think back to the Romans.

10. And separately, when did it begin to be traded as a collecting category?
As a collecting category of note, it began around the mid 19th century as explorers and missionaries infiltrated and mapped Australia’s interior. Likewise, at the same time, but beyond our shores, it gained popularity as Europeans and Americans embarked on the “Grand Tour”. Tribal art collecting grew in tandem with the pursuit of leisure, travel and exploration…essentially as our curiousity and exposure to other cultures manifested itself.

A mid 20th century work by Eric Wilson, lot 99, continued the theme of rarity when a very small, jewel-like work, by the artist of London realised $9,600 (IBP). Expectations were high when the middle of the auction was reached and three exceptionally rare transitional-period indigenous pieces were offered (lots 148-150). Two boomerangs, both elaborately incised with decoration, lettering and names enjoyed strong interest from institutions and finally sold for $21,600 (IBP) against a combined low estimate of $4,000. The third item from the collection was a very early transitional-period club that realised $3,120 (IBP).

Leonard Joel is delighted to report that all three items were secured by a public institution. Later in the sale, scarcity of artist and rarity of subject matter probably accounted for the extraordinary result when a rather small work by the artist Herbert Rose (lot 157) sold for $10,200 (IBP) against a low estimate of $800. The oil titled Le Ruy, France provided a particularly unusual representation of a protruding hill top castle within a provincial village. The pleasant surprises and challenges associated with identifying early unsigned portraits came to the fore when lot 211, a pair of portraits, came up for auction. One was unframed and the other was housed in a mid 18th century frame that looked tantalislingly like one used by some of the great British painters.

The sitters (or subjects of the portraits) were identified as part of the English Kenrick family but there was little more that could be gleaned from the two paintings. In rather rough condition the paintings were conservatively estimated at $2,000 – $3,000. After both local and international interest the ‚ÄúKenricks‚Äù transacted for $18,000 (IBP) the pair and will now, no doubt, enter the slow process of restoration, further painstaking research and potentially some sort of attribution. Provenance and age were recurring themes and no more so than when the Captain Edgar Johnston Collection of Rare New Guinean Artefacts came up for auction. The collection comprised three pieces collected by Johnston in 1928 and comprised a dance ornament and two pigment bowls. The three pieces had been held by descendants of Johnston for almost 90 years and extremely conservative estimates were placed on the three items that are often notoriously hard to price before they reach public auction.

Of the almost 300 lots offered on Sunday the sale total came to just over $820,000 (IBP) with a sale rate of 72% by lot. Briar Williams and Nicole Salvo are now accepting entries for the June Sunday Fine Art  Auction and Sophie Ullin, Aboriginal and Tribal art specialist, is now seeking single items and important collections of tribal and aboriginal art. 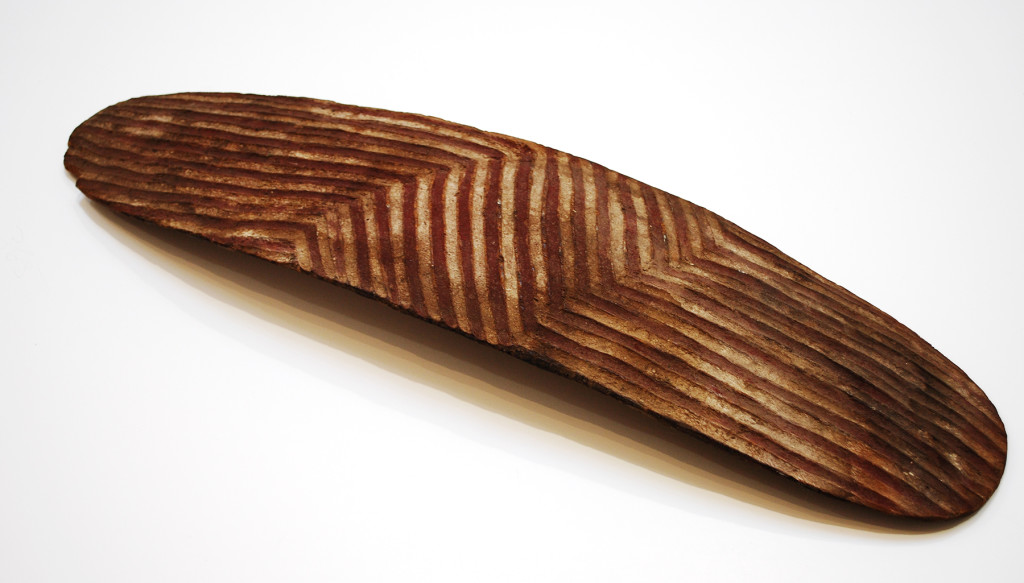 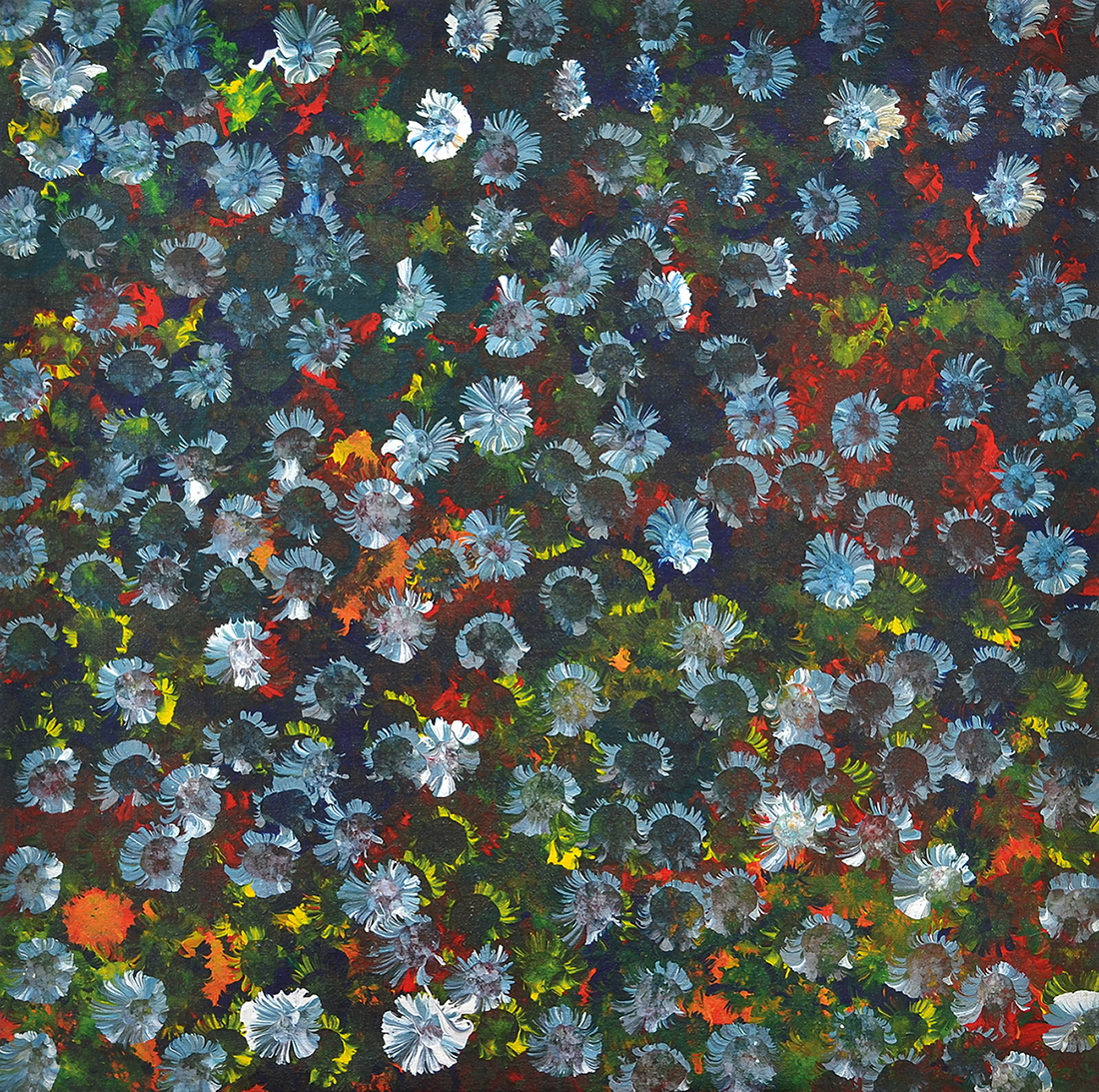 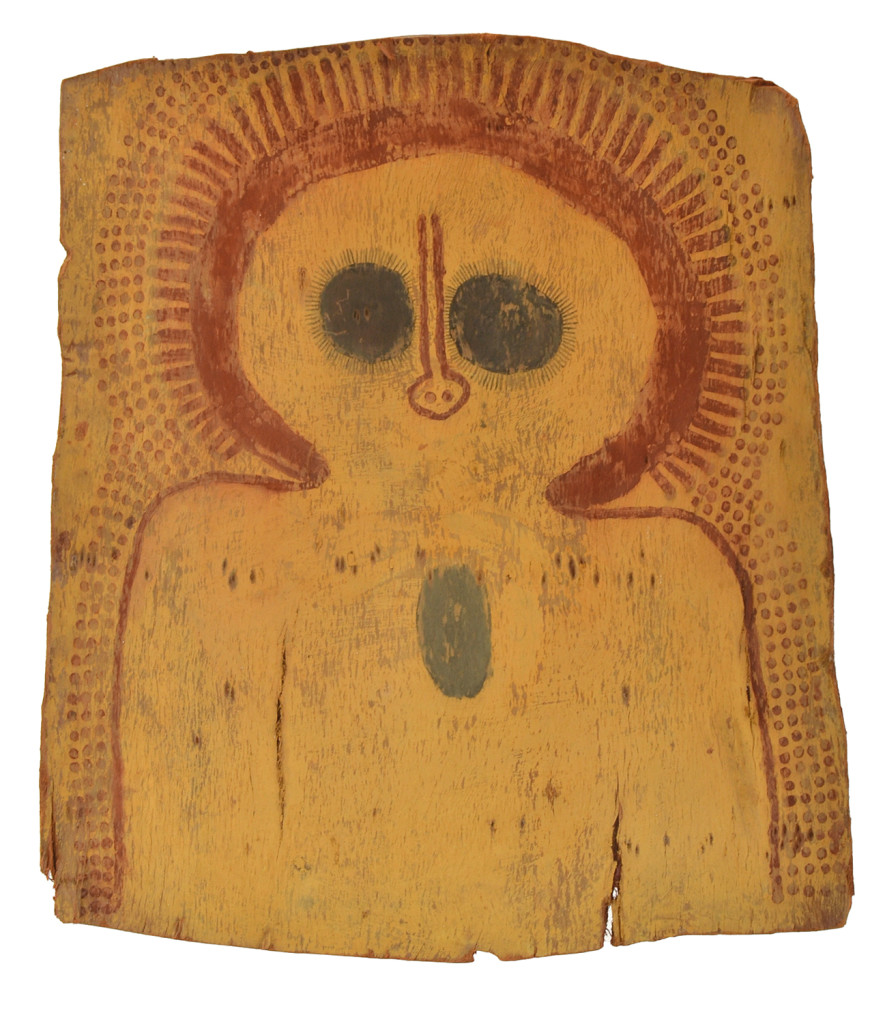 PROVENANCE:
Gifted to the vendor by a friend whilst living in Western Australia in 1970
Private collection, Melbourne