Our Sydney specialists were thrilled to consign an album of vibrantly coloured woodblock prints by Japanese master printmaker Utagawa Hiroshige (1797-1858) to our recent Collector’s Auction. The album, containing a complete set of 55 oban yoko-e (horizontal) prints, sold to a determined telephone bidder for $93,750 IBP, a fantastic result for the rare collection of works. 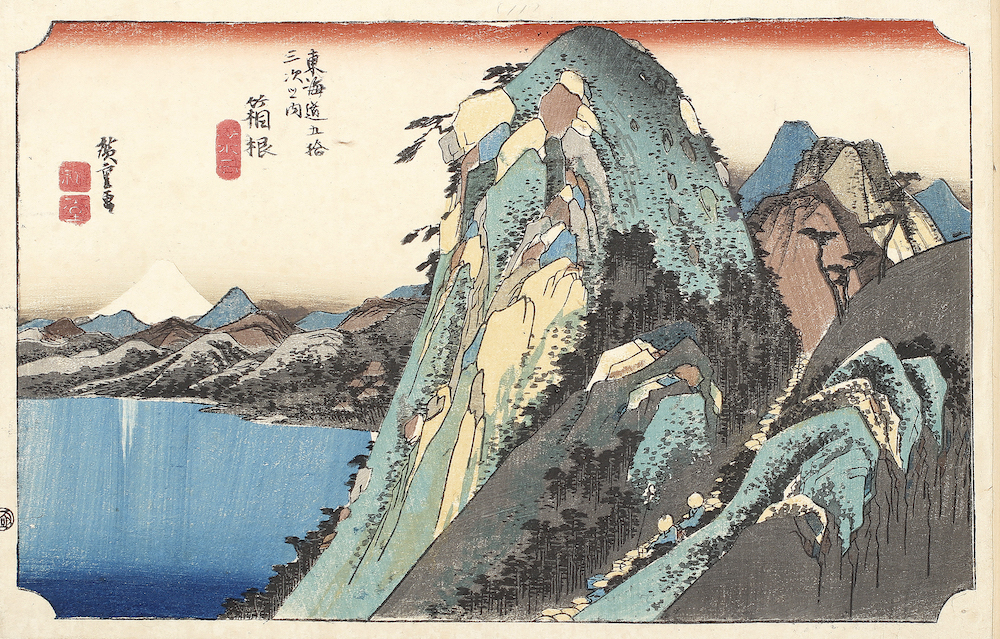 The 514 km long Tokaido Road linked the shogun’s capital of Edo (present day Tokyo) and the imperial capital Kyoto. In 1832, Hiroshige travelled with an entourage of the shogun’s officials along the fifty-three ‘halting places’ which started at Nihonbashi (Japan Bridge) in Edo and finished at the Great Sanjo Bridge in Kyoto. Roughly translated as “eastern sea route”, the trip encompassed many ‘meisho’, literally famous sites, such as Mt. Fuji but also rural enclaves and winding mountain passes and hazardous river crossings. It was to be a life-changing journey, for as an urban man of Edo, Hiroshige had experienced life mainly in the capital. He immediately returned to Edo after the trip and began his masterwork woodblock series from the sketches he had made along the journey. Published from 1833-1834, the Fifty-Three Stations of the Tokaido earned Hiroshige great popular and critical acclaim during his lifetime and for generations to come.

This album is a rare extant example of the entire set of 55 prints, one of each of the stations plus two for the beginning and end points. The scenes are a blend of daimyo’s (feudal lord) lifestyle, whimsical images of daily life and ordinary people like merchants and peasants as well as popular stops marked by many temples, shrines and inns, which he made famous through his prints. Hiroshige was able to expertly capture moody and atmospheric weather conditions, rendering mist, rain, snow, and evening effects with great skill and beauty. He was also able to convey a range of human interaction through the figures on the designs, of contemplation, merriment and struggle. 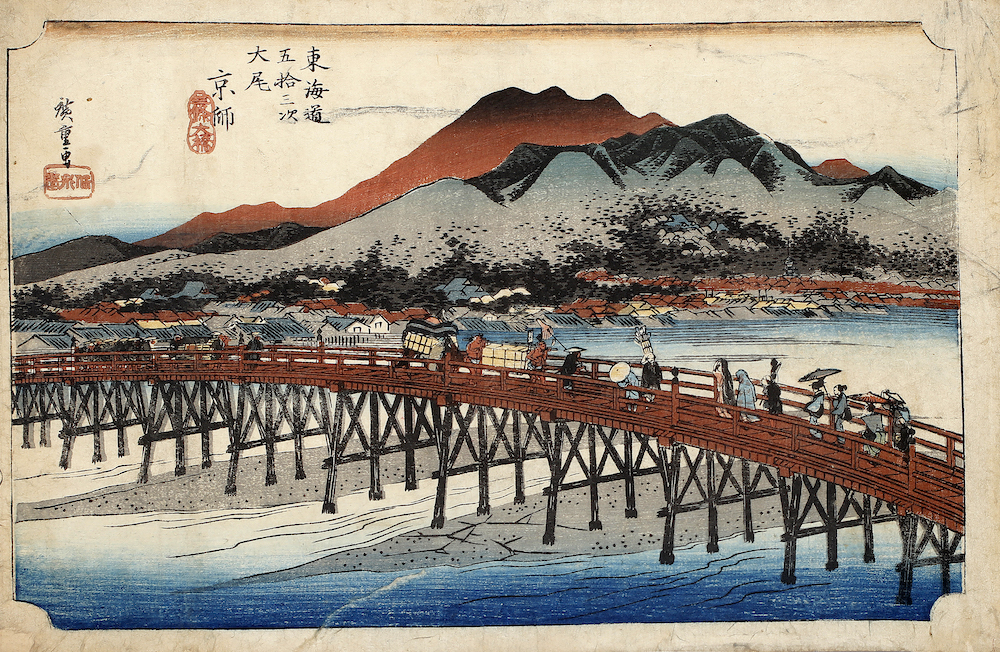 The proud new owner of the works intends to keep the set together, for viewers to re-live Hiroshige’s epic journey time and time again.