Looking back on 2020, we featured many amazing, diverse, and interesting pieces within the Prints and Multiples auctions. I have selected a handful of my personal favourites to share with you.

In April we saw ‘The Larry Rawling Collection’; Larry Rawling being a screen printer to many recognised Australian artists. Alongside this, we featured a curated array of Australian and International printmakers. 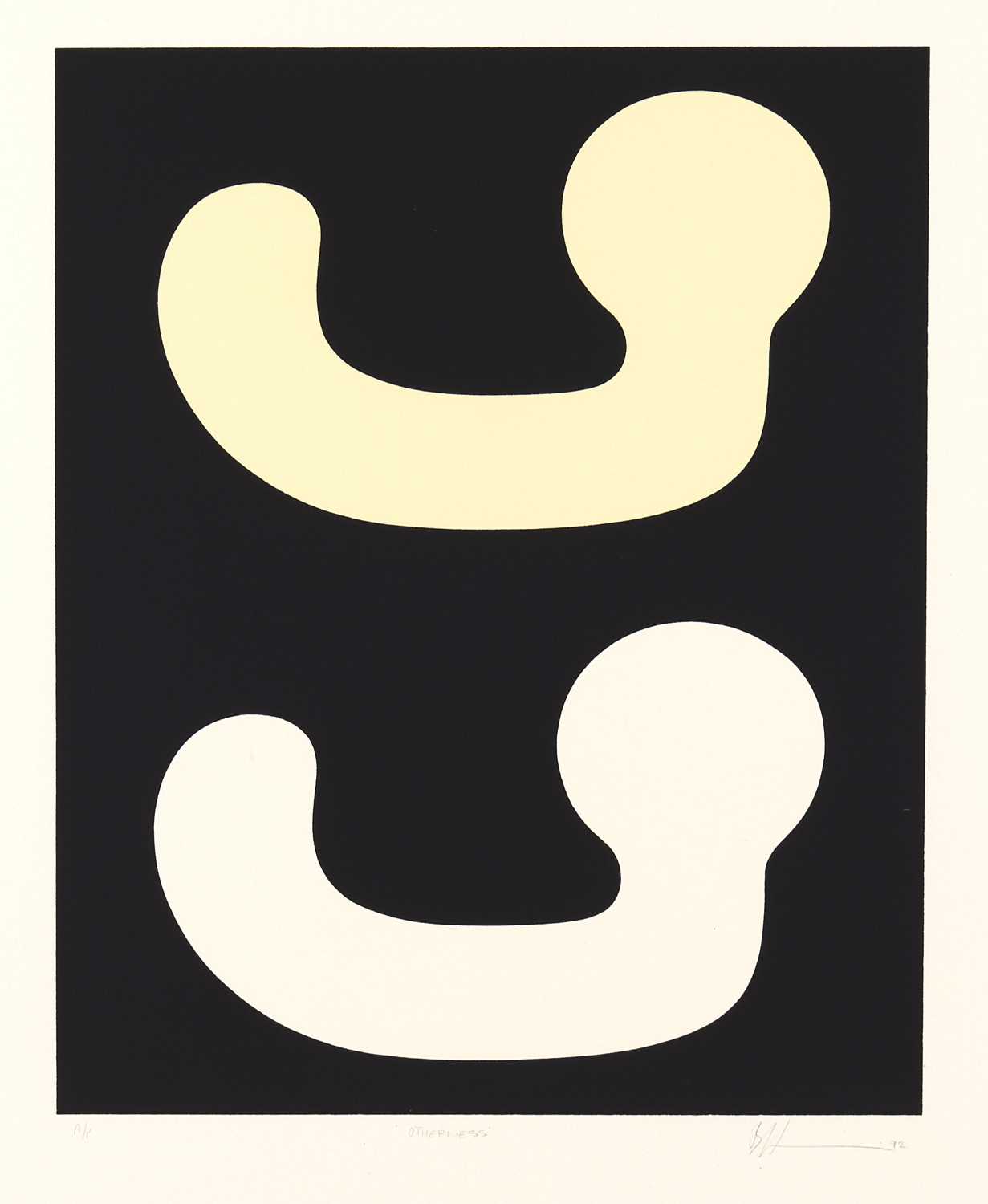 Brent Harris, Otherness
One of Australia’s leading contemporary artists, Harris’ prints generally embody imagery that drifts between the abstract and the figurative. When viewing this screen print, the simplicity of the three colours and repetition makes an impact and, in my case, also has a calming effect. 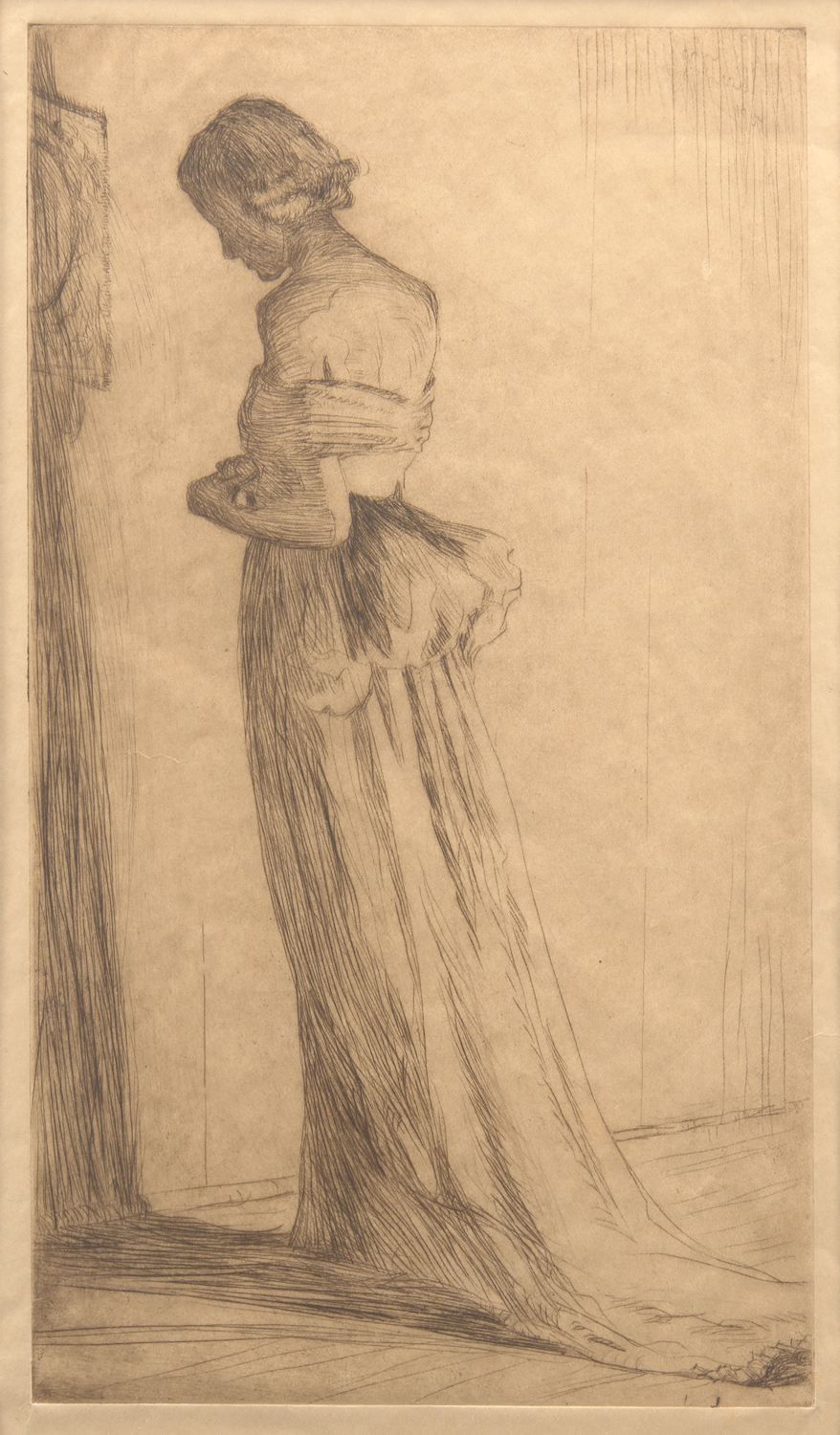 Jessie Traill, Girl Standing
(Margaret (Peggy) Traill)
Jessie Traill was a true pioneer for women artists and printmakers across Australia during the 20th Century. Unlike her usual subjects of bushland and architecture, this portrait of Margaret imbues a sense of familiarity and warmth for me. The shadowed face and elongated lines intrigue me as to the relationship between the sisters.

July brought us the anticipated ‘Collection of Pop Art’. This auction saw many records broken and a clearance rate of 92%, making it one of our most successful Prints & Multiples auctions to date. 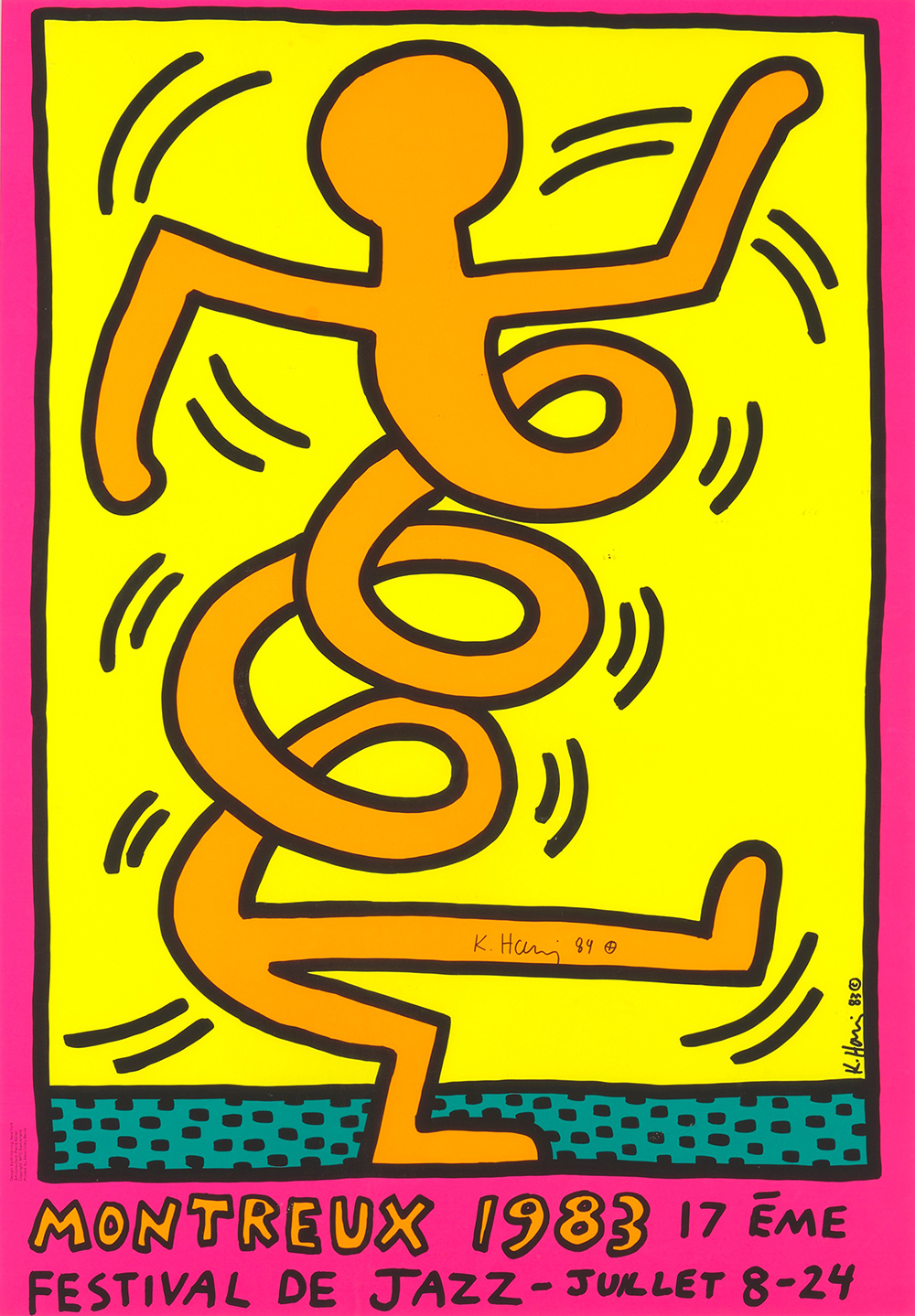 Keith Haring, Montreux Jazz Festival
Keith Haring is a household name, for the artist had a true impact upon the Pop Art movement in New York. This lithograph was designed at the peak of his career in 1983. Haring used his well-known imagery and bold colours to create an eye-catching and impactful print. This artwork was featured alongside its partner in adjacent colours. I love the playfulness and energy of this work. 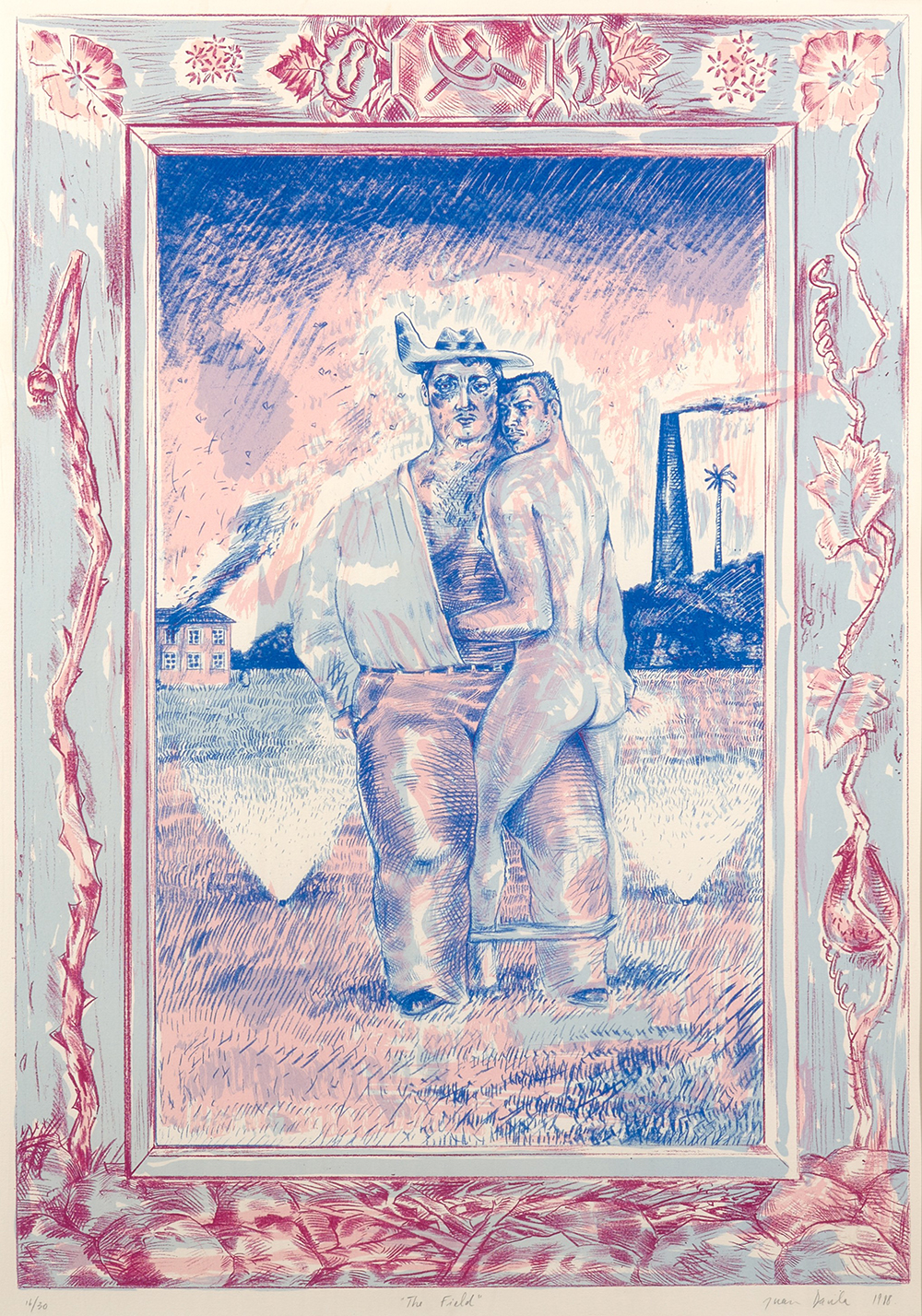 Juan Davila, The Field
Davila is a controversial artist, with his works exploring cultural, sexual, and social identities.

Viewing the artwork, I am instantly drawn to the dominating male figure and his shy companion. Upon further inspection and drawing back from the figures, the colours and technique that Davila used has an almost holographic effect, and this is what I most enjoy in the artwork.

November, the last Prints and Multiples auction of 2020, held a diverse range of artists from different stylistic movements and mediums. 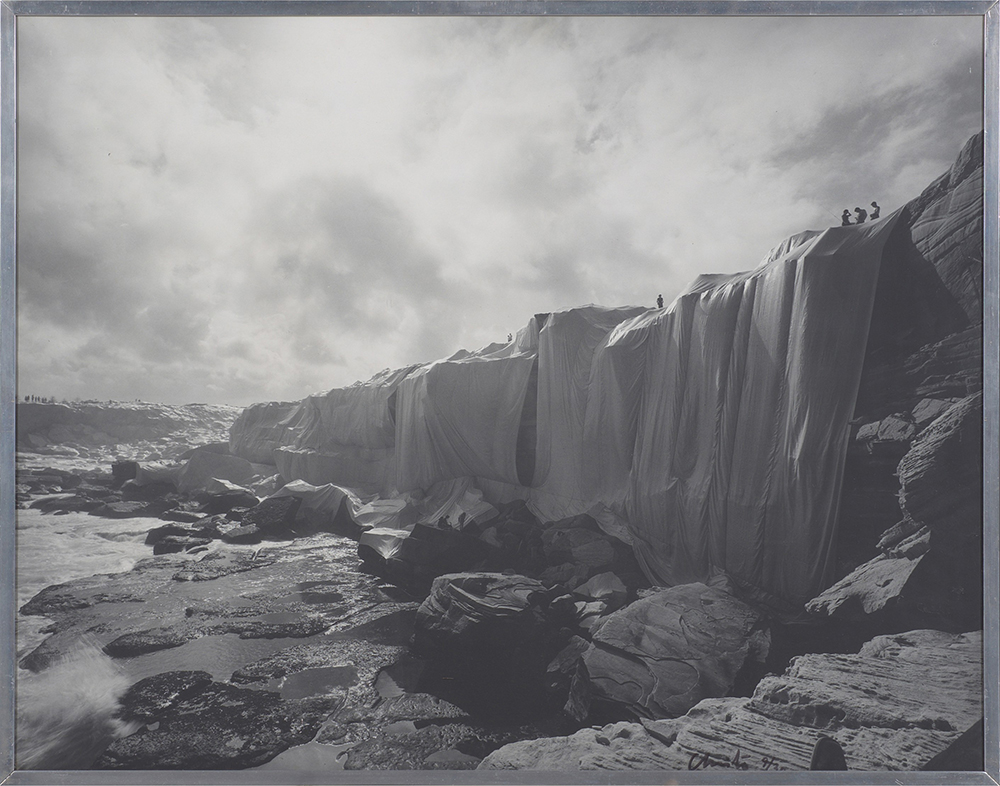 Christo and Jeanne-Claude, Wrapped Coast (Little Bay)
Wrapped Coast (Little Bay), Australia, was a major environmental project created by the iconic international artists, Christo and Jeanne-Claude. This installation was the largest single artwork that had ever been made. This artwork consisted of 92,900 square meters of fabric and 56.3 kilometres of rope. I love that two very influential artists came to Australia to embark on their very first large installation which would define the future of their practice.