René Lalique first created this design in 1919, most likely as part of his work for a new production facility in Wingen-sur-Moder, which opened in 1921. The clear, frosted and sepia stained glass figure evokes the simplicity of the nude female figure and showcases Lalique’s natural skill in design and manufacturing. The piece is engraved R. Lalique, and is presented on an ebonised socle base, influenced by traditional Chinese design. Later fitted with a light beneath the stand, which casts a soft light beneath the figure and through the stand. 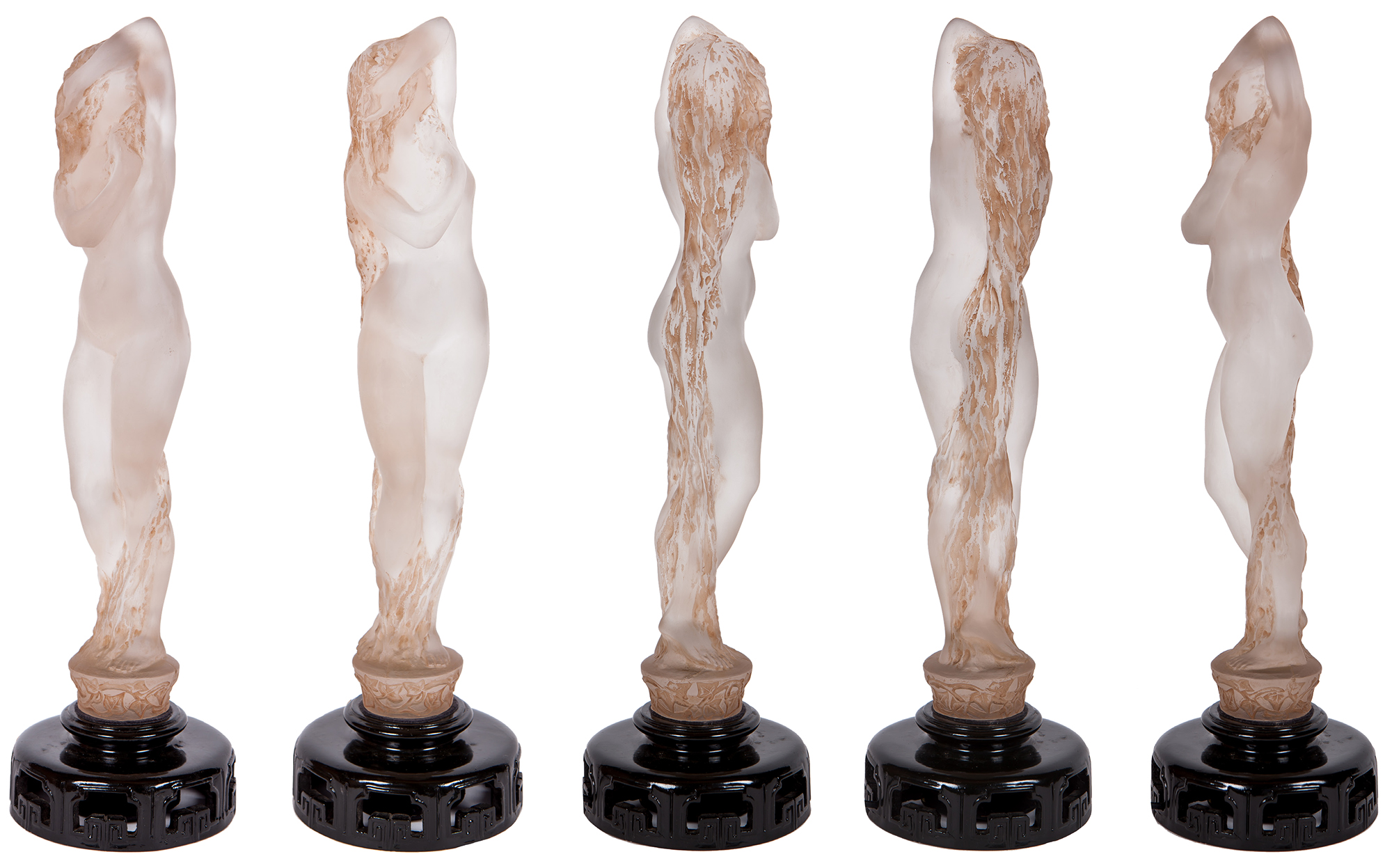