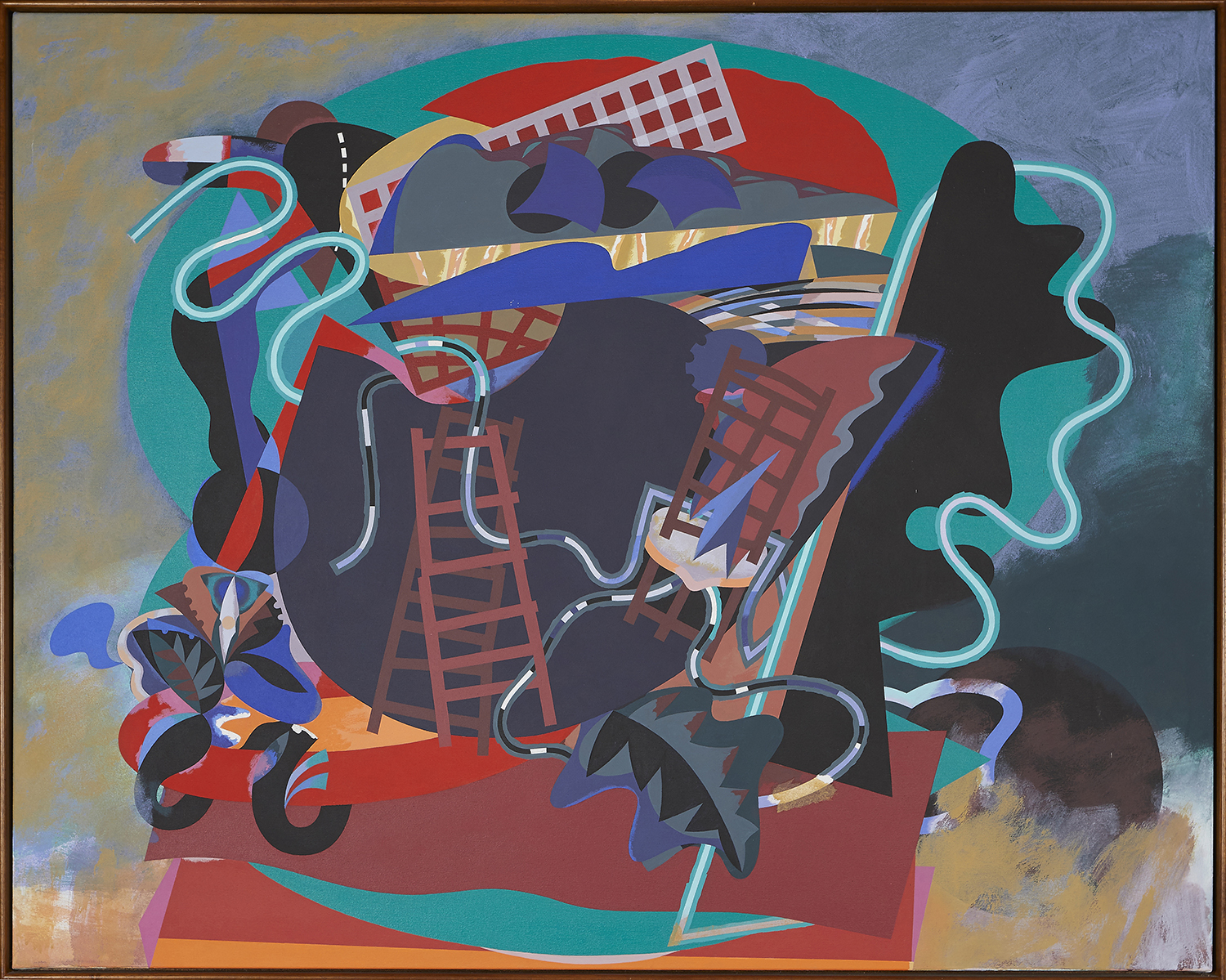 A Masterwork by Alun Leach-Jones

Leonard Joel Sydney presents The Moon Has Set, 2003, by Alun Leach-Jones (1937-2017), a colourful and vibrant example of the artists signature approach to abstraction. Featuring complex yet clean shapes arranged on planes of colour, this painting features motifs familiar to the artists oeuvre such as snakes and ladders. Believing that colour drove the emotion and structure of his work, Leach-Jones dedicated his life to an obsessive dedication to artmaking. His compositions often began with many variations of drawings, detailing small changes to shapes hardly noticeable from one draft to the next. A key figure in the 1960’s art movement “New Abstraction” in Australia, Leach-Jones went on to carve out a distinguished legacy and his works can be found in museums and collections around the world.

Born in 1937 in Lancashire, UK, Leach-Jones began his artistic career early at age 14, undertaking a three-year apprenticeship with the Solicitors Law Stationary Society, Liverpool, illuminating manuscripts. From 1955 to 1957 he studied painting and drawing in the evenings at the Liverpool College of Art and in 1959 he travelled to London to see the exhibition “New American Painting” at the Tate where he encountered abstract expressionist works that would prove critical in challenging the way he thought about form and colour. In 1960 he immigrated to Australia, settling in Adelaide and attending the South Australian School of Art where he studied printmaking under Udo Sellbach and painting with Charles Reddington.

Since holding his first solo exhibition with Australian Galleries in Collingwood in 1967, Leach-Jones went on to have more than 80 solo exhibitions over the course of his career and was included in ground breaking group exhibitions such as “The Field” at the National Gallery of Victoria in 1968. He began his teaching career in the same year at the Prahran College of Advanced Education and the following year he represented Australia at the Bienale del Sao Paulo in Brazil. He and his wife, fellow artist Nola Jones, traveled extensively and spent time living in New York, South India, Berlin, London, and South Wales.  Leach-Jones has been described as “an artist’s artist”, a genuine mentor and teacher for many who was passionate about making, flowing between the mediums of painting, drawing, sculpture, linocuts, screenprints and etchings.